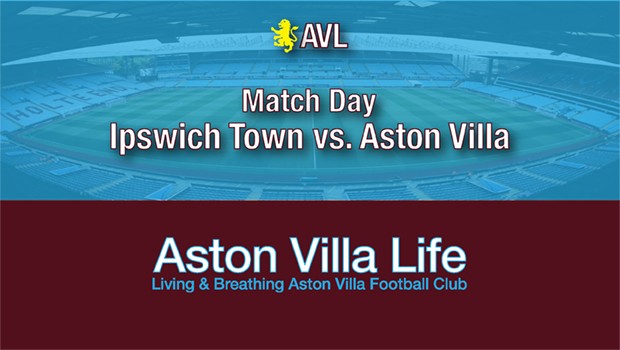 Villa return to league action at Portman Road, facing an Ipswich Town side who were shown the League Cup door by Exeter, and have not exactly gotten off to a flyer in the league.

Though Villa fared better in terms of their cup tie result, it was hardly vintage stuff, and Villa were rather lucky to keep a clean sheet, never mind advance. As one would expect, there were a number of changes, so the cohesiveness that has eluded the side in the first two league outings was probably never going to materialize. But among the changes were a lot of senior players, and it was only Grealish’s introduction that saw Villa actually pose much of a threat. Perhaps the most encouraging sight on the night was Kodjia’s nifty turn to get free and then set up Conor Hourihane for the match winner. And Andre Green once again looked lively as he continues his comeback from a lengthy layoff.

In short, both Paul Hurst and Steve Bruce were left angry and frustrated midweek. And both are still looking for their so-called settled side. But Bruce’s unsettled side have some away with six points in two, while Ipswich have only managed a draw and a loss to Rotherham.

History tells us that were Villa to nab the away win today it would be the first time the club have won their first three league matches since 1962-63. That’s pretty remarkable.

A win should be on the cards, although Ipswich will be stinging from the cup exit and looking to redeem themselves in front of the home hans. You can expect them to put in a showing, for a while, at least. You’d think we simply have too much quality and likewise will be looking to show rather more than we did midweek.

So, fingers crossed. Villa have managed to stay in touch with the top so far, and depending on results could end the day top of the table. Which isn’t really that important, obviously. It’s just about keeping pace, finding an XI, and starting to play better.