AVFC | Aston Villa Life - An Aston Villa Blog and Mobile Site for iOS and Android > Articles by: Matt Turvey
Matt is the owner of, and chief writer for, Aston Villa Life. He is also a columnist for the Wolverhampton Express & Star, appearing in the Kick Off pullout on Saturdays and the Final Whistle pullout the Monday after Aston Villa play, as well as every Thursday as a blogger on their website. He has previously been featured as a writer on Football365 and Life's A Pitch, and was a regular pundit for Sports Tonight TV on Sky.

The Road Upwards But How Far Will It Take Aston Villa?

With the pre-season over, do Aston Villa have what it takes to escape the Championship at the first time of asking? Matt Turvey looks at the season ahead.

Site Update – The Future & Asking For Your Thoughts

Matt Turvey offers some thoughts on a change of structure for the site.

Stick Or Twist – Will The Coming Season Need A Slew Of New Recruits Or Stability?

With a new era at Villa Park, where will the Villans go this season?

A Step In The Right Direction & Doctor Who?

A new day dawns, but does a new era await Aston Villa

Aston Villa is sold to the Recon Group as Randy Lerner bids farewell to the club. 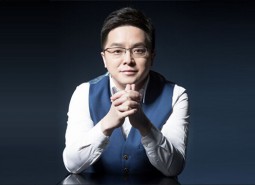