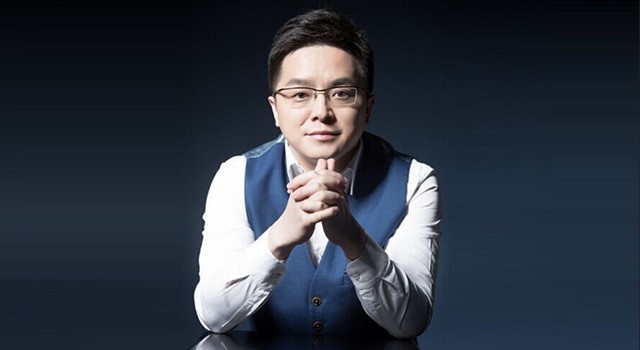 Aston Villa Football Club is pleased to announce that an agreement has been signed today for the sale of 100% ownership by Randy Lerner to Recon Group owned by Dr Tony Jiantong Xia subject to the approval of the Premier League and the Football League. Once those approvals have been granted and the new board members approved under the fit & proper rules of both leagues, Dr Xia will become Chairman of Aston Villa. The Club will announce the appointment of a new manager shortly.

Randy Lerner has sought the right new owner for Aston Villa who would take great care of the Club and restore its fortunes. He believes that Tony Xia is an excellent choice.

Recon Group is Dr Xia’s privately owned holding company that owns the controlling interest in five publicly listed companies on the Hong Kong and Chinese stock exchanges and many other private companies employing 35,000 people in 75 countries.

Dr Xia played football as a striker until he finished at college and football has remained his passion. Dr Xia decided to buy an iconic football Club in England as the cornerstone of his Sports, Leisure and Tourism Division. He became a fan of Aston Villa many years ago and is delighted at the opportunity to become the new owner.

Dr Xia’s immediate objective is to return Aston Villa to the Premier League and then to have the Club finish in the top six, bringing European football back to Villa Park. He plans to make Aston Villa the most famous football Club in China with a huge fan base.

In spite of my personal affection for reading history I have come to trust the future more than the past. And when I refer to the ‘past,’ I do so lightly and lightheartedly. I refer to recent accounts – mostly in the press regarding the sale of the Club, that are so many miles from accuracy or truth that I can only assume that they too were written by people whose tongues were firmly embedded in their respective cheeks. It is football after all.

As I’ve said, it was my hope that ownership and custodianship of the Club would have been transferred some years ago when I knew that personal and professional matters made it impossible for me to contribute the time I did in my first five years with the Club. Time and immersion that is crucial to any formula for success. Still, fates are fickle in football so that we could claw back to safety last season, end up at Wembley at a Cup Final sitting amongst old friends!, and then spend the 2015/16 campaign at Bannockburn!

As I expect this to be my last message to supporters through the Villa website I thought it worth reiterating that my approach from the beginning, consistent with my longstanding affection for The Trinity, was in three parts: Villa Park infrastructure, Bodymoor Heath infrastructure and the Villa squad. I have a sneaking suspicion that my best chance of any tolerable memories in this regard will lie with the father and son of this trinity…! In the end, however, so many wonderful young players came through Villa during my time and it is to them and supporters alike whom I am indebted. Also, of course, I wish – without mentioning names, to say thank you to countless people with whom I worked at Villa Park and BMH who have touched me personally and from whom I have learned so much.

Finally, being conscious of the popular and dark pastime of wondering aloud how much was spent, or lost, I should like to think that I ‘left behind’ value which will hopefully endure and benefit this beloved old Club. In being sadly more than tone deaf, I’ll not weakly risk trying to sound any positive notes. But what I will say is that if spending to restore and preserve the wonderful Jacobean Holte Hotel at the southern tip of the Ground, or researching and adding the Holte End mosaic as a nostalgic nod to that wonderful Leitch Stand of our past, add to the tally of personal losses then I can offer no counter argument other than to say I would do the same all over!

It is here that the agreement I wish to announce with Tony Xia ties into my short narrative: Tony has built his career around infrastructure. He is certainly a hugely successful businessman but importantly for me he is passionate about architecture, site design and planning. His commitment to invest in the squad, and leadership at Bodymoor Heath was expressed early on but as we visited together, and had some unrushed time to discuss his plans, Tony’s excitement to develop Villa Park shone through. I remain convinced that this is a crucial part of the Club’s future as it provides a critical, long-term second source of revenue and therefore sustainability for the Club from which squad-funding can potentially come.

It is with that that I want to say thank you, and to wish Tony every success going forward.