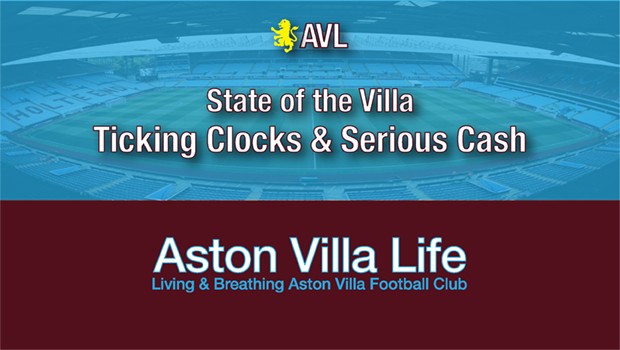 The window has started dragging on a bit, and frustration and anxiety are mounting among the Villa faithful. I think many expected us to hit the ground running when the window opened, but that was probably always a bit optimistic following Suso’s departure and Lange’s arrival.

While I’m sure Smith has his targets, and I wouldn’t doubt they’re among the names mentioned most often, there’s a lot going on, which most everyone has acknowledged.

We’ve just survived relegation by the skin of our teeth. There are other clubs in the PL, some offering European football, or the prospect of it next year. Brentford are playing hardball, and I’m sure deep dives are being done on all sorts of players. Valuations seem to be rather high, and Villa are known to have money to spend. Clubs are struggling with losses in revenue.

At the moment, we’re hearing more and more about Callum Wilson. It seems a bit underwhelming to me as I’m sure it does to most everyone else. But, given who we’ve got looking at things, I feel good about the diligence that will go into the decision. It could be no more than a backup plan.

With Watkins, I’m a bit surprised Brentford keep raising the price. I mean, I get holding onto players, but I’m finding it a bit hard to believe that Watkins is really all that keen to remain at Brentford and the Championship with so much PL interest. He doesn’t seem to be willing to force a move at the moment, but he’s being left out of warm-up matches.

On this one, I’m sure Villa aren’t wanting to be held to ransom just yet. Whether they’re still working a package price for Watkins or Benrahma, or figuring that they will pay, but don’t want to show their cards and willingness yet…anyone’s guess. Could be the brass think Brentford are taking the p*ss. Especially if Villa can offer Watkins much better personal terms. May well be the case that Villa have a “we’ll go better than the best offer you receive up to £25m” kind of tender in place. Again, anyone’s guess.

We know Deano wants to improve, and I don’t think Edens is lying. Not his style. What I do think is that Villa are trying to maximize their spend and make the smartest moves they can. They know that to hold on to Jack, the moves they make will either be going a long way toward convincing him or not. And we don’t know whether there’s things ticking there that are making the other dealings more complicated. Everyone at the club is well aware this is a crucial season. Jack’s comments from the England camp suggest he’s keen to keep improving and realize his potential. Can’t blame him for that.

On the plus side, looks like Matty Cash will be joining, and I’m guessing he’s slated to start for the reported fee. For all those moaning about a RB being our first signing, I’ll remind everyone of our defensive failings for the vast majority of the season, fullback criticism in general, and Leicester’s purported interest in Targett. One assumes either Elmo or Guilbert probably will be departing.

So, that’s the state of play today. By the time you read this we could have all our business done, or none at all.

May the fretting continue. Over to you.