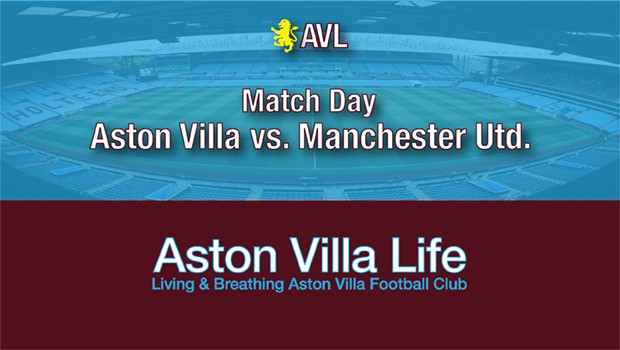 It’s all getting more than a bit nerve-wracking. Villa, while not cut adrift, find themselves needing the three points that West Ham and Watford have finally managed to secure since resuming play. Tonight, it’ll be a tall order getting them against United.

But. Over the course of the season we’ve been close to many of the top sides. Hasn’t been pretty, but we’ve scored and tried to hold on. We never get the second, not when we’re up, and inevitably give something away late. The 2-3 loss to Spurs in February saw us concede in extra time in both halves, for example. But there’ve been a lot of those, just generally from the 80th minute on.

The 2-2 draw with United was the exception where we came back to get a point, and the 2-3 loss at Arsenal is one where we conceded the equalizer and got back on top. If you want to consider Wolves a top side, we answered an equalizer there and got all three points.

Of course, United have gotten better since then, and we haven’t. But we’re still in with a chance.

And at the risk of cursing the side, you have to think Villa are just about due a big scalp. You also have to think that among Grealish, McGinn, Luiz, Ghazi and Hourihane…well, they’re all overdue on the scoresheet. These players were also expected to contribute, and given the drought with our so-called strikers, the goals we need may well fall on this crew.

We’ve all noticed a hesitancy to shoot. Typically I think this derives from nerves: players not wanting to be the one to squander a chance when they’re hard to come by. But you don’t score if you don’t shoot. Grealish, McGinn, Luiz, and Hourihane have all got a worldie in them on their day. I’ll take a dribbler that goes through De Gea’s hands.

Apart from Smith talking to the strikers (which I’m quite sure wasn’t the first time), these others have to be encouraged to let fly, and be told to get in positions where they’ll have an opportunity.

Of course, the other factor in shooting is that if you don’t force a save that isn’t a simple catch, get a rebound, a corner, or send it out for a goal kick, you run the risk of it coming straight back with everyone pulled upfield. We’ve had a lot of blocked shots and catch-saves. But at this stage, I’m pretty sure shooting is a risk worth taking. At the same time, I’m pretty sure goal difference is also playing its part in the planning, and if the team is trying to keep it tighter, this may also play a part in hesitancy. Players dropping a bit deeper, players not making the runs to get on crosses. All of it.

The situation Villa now find themselves in is where it’s hard to hold fire, stick to a plan. We’d have wanted a couple wins we could’ve had but didn’t get. We’d have wanted to hold on for a point where we didn’t. I’m sure Smith previously would’ve been happy with a point tonight, back when they were plotting out the run-in.

But. We all know what happens to plans.

So, I’ve no idea whether Villa will still be looking to the subsequent fixtures, thinking they can get enough, and that tonight is about grabbing a point and not shipping goals by getting stretched in going gung-ho to win. That puts a lot of pressure on those remaining fixtures, though, and Villa run the risk of getting cut adrift in the meantime.

So maybe, just maybe, attack tonight is the best form of defense. It’s what Smith believes in, after all. If I were him, I’m planning on going all-out, and then using the five subs to simply freshen down the stretch so we can hold on if we’ve got something to hold onto. If he’s not starting, and depending on the score, I’d get Conor on with enough time to get at least a couple shots off from dead balls. Which means Grealish winning free kicks near the box.

And like I said, I wasn’t really joking when I suggested Smith just tells Jack to take it into the box, play keep-away, and see if we can’t get a penalty. All’s fair in love and war, after all.

A loss won’t see us down, a draw is better than a loss. A win, and we might very well be on the way to staying up. As I say, it’s about time we got a big scalp, and we could catch United by surprise. We’d also think Jack will be trying to respond to recent criticism and put in a performance that says he does belong among the elite.

In the end, tonight is about fight, all-out commitment. Harass, keep United from settling, foul further upfield, win some 50-50s, and take a few chances. The standard underdog game plan. If that only earns us a draw, so be it. That would still be a confidence boost. That said, our fate is not entirely in our hands. We’re going to have to force the issue and put pressure back on Watford and West Ham.

I’ll be watching from behind the sofa.