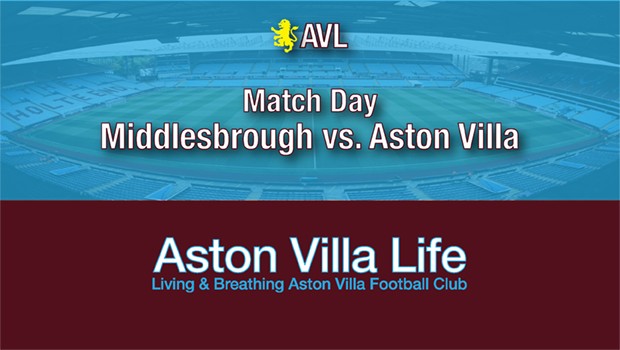 Following the astonishing 5-5 spectacle at Villa Park midweek, it’s off to the Riverside to take on third-place Middlesbrough. Boro are unbeaten in their last five, and have only lost twice all year, and the obvious statistic of interest is 22 goals scored versus 10 conceded. Villa have netted 36 times, by comparison, and conceded 30.

So it will be, like last year, a contrast in styles when the two sides face off. For Villa, Anwar El Ghazi will get the start in place of Jonathan Kodjia, with Bolasie again starting in place of Albert Adomah. Alan Hutton will be missing for his accumulation of yellows, and Ahmed Elmohamady will get the nod at right back.

For me, given El Ghazi’s obvious talents, I’ll be curious to see a full 90 minutes from him. Or 60-70. With pace and attacking intent on both flanks, this could be Villa’s most dangerous lineup. It might also be our least defensive minded. But if Smith has gotten Kodjia to track back, then one might expect El Ghazi to have been told the same thing.

John McGinn has been judged fit, and James Chester will be back at it. No idea how fit he actually is, but he and Axel Tuanzebe will be looking to do a bit better. Fortunately, Boro will present a different kind of challenge, and that’s really the crux of this one: Does Villa’s attacking prowess win the day?

I know I’d like to think so. Since everyone above us keeps getting results, Villa could use the three points we could well have come away with Wednesday night. They’d see us get back above small heath, yet remain outside the playoff spots. One might expect a draw to be on the cards, but Deano won’t be playing for a point on the road.

In other words, no nuggets of wisdom from me. Just another game I’m looking forward to watching.