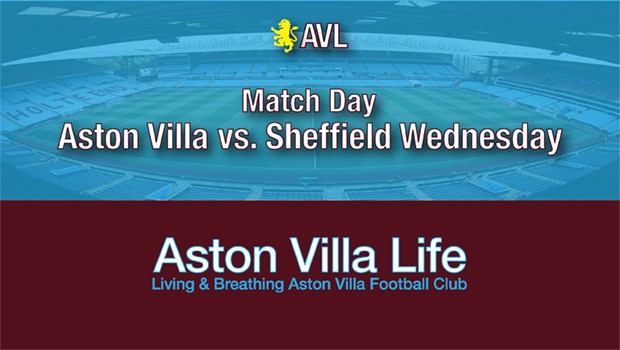 Following Tuesday’s return to winning ways, Villa will look to make it two in a row as they host a Sheffield Wednesday side missing several players, including Fernando Forestieri.

From the team sheet, it looks as though Bruce will go again with the Rotherham set-up, but Anwar El Ghazi will make room for Albert Adomah.

Bruce has reiterated his belief that Mile Jedinak’s future lies at CB. In terms of horses for courses, he pointed to the Owls’ two big men as the reason Jedinak stays in the backline today. Wouldn’t argue with that kind of thinking, though it’s interesting that James Collins will be back around Bodymoor again.

Anyway, it’s good to see Villa going with the new formation again. How well will it work? No idea, but as you know by now, I think it’s a way forward that Bruce has to explore.

So…most will expect a win against a weakened Wednesday side, and I wouldn’t argue with kind of thinking either. I’d really like to see Bruce rewarded for the change in set-up, and a second straight win after four draws and a loss would do that.

Let’s see how it goes.