Reviews of Aston Villa matches, both competitive and non-competitive

Villa, From Liverpool to Wolves: Thoughts at the Break

Nothing’s easy in the Premier League, as we saw at Molineux. Though Villa sit about where we might expect, we’ve left points on the pitch and things remain fairly tight outside the top end of the table. What do Villa need to do better in the upcoming run of matches?

“It’s been coming” has been verdict, and, it’s true. That’s Dean Smith football, and it’s now Aston Villa football. We’ve taken a lot of leads, and we finally got the second Smith’s been pointing to. Create, convert, and force the opponent to open up and give us the room to create more opportunities. We’re here to play, and here to offer up positive, exciting performances. 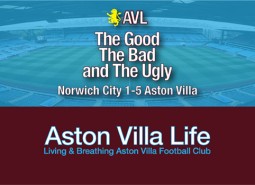 Bottom line: I’m not a happy clapper. You’ve seen me criticize plenty. And I don’t want to exonerate Smith if he doesn’t deserve it. This week, like last, I’m pointing my finger straight at the players for shrinking and somewhat losing their heads. I like that they keep trying to attack. That’s what we wanted, attacking football, and that’s what we’ve got—a side built to attack. But you can be smarter about it. And you can’t sink back. 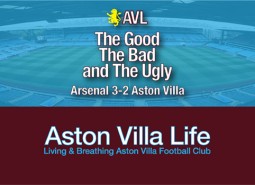 An entertaining and ultimately frustrating match saw Villa earn a much-needed point against in-form West Ham. However, the side will be disappointed they couldn’t capitalize on the man advantage down the closing stretch. 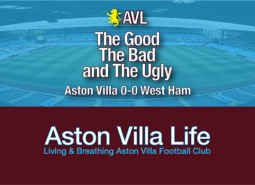 Villa’s 2-0 win over Everton was a big day for the club, as well as the loud, joyous crowd rocking Villa Park. We’ve waited a damn long time for Premier League win. It was also a pretty big day for Wesley Moraes. And Jack won’t mind talk of that silly stat coming to an end. 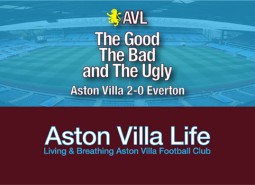