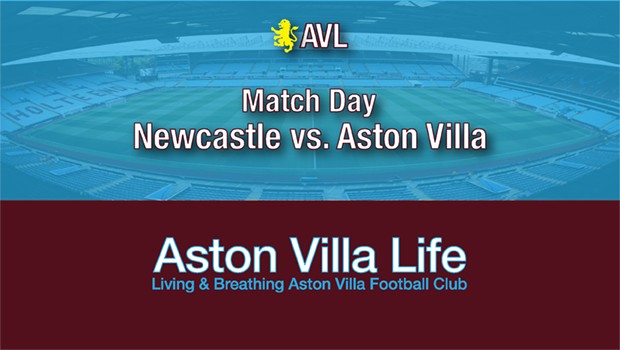 Following the loss to Chelsea, Villa go to St. James Park in what has become about as much of a must-win game as any match can be apart from a final-fixture showdown to avoid relegation.

Smith’s coming in for plenty of criticism following the restart. And if the papers are to be believed, he’s likely hearing much of what supporters are saying on the forums.

As far as Chelsea goes, Dean said he had them play off and not press high, otherwise they’d have been too open and shredded. Which is about as honest as it gets. And when you look at the game, that’s what you saw. Sit tight, funnel the play outside, deal with the balls into the box. Naturally, Chelsea finally broke through, but the lack of concentration and closure following Chelsea’s equalizer proved the difference. The deflection certainly wrong-footed Nyland.

So yeah, Chelsea had a lot of the ball. Almost all of it. But shots on target were only 5-4 to their favor, shots in the box, 8-6. It didn’t look pretty. But Villa were closer to getting something than all the possession and flair made it look. You could call it unfair, but if Jota’s touch sneaks in? May well have finished 2-2, and each side with 5 shots on goal.

Was there a lack of grit? Yes. A bit more fight for the ball in the middle would’ve helped break up the constant pressure. But we’ve seen this against top teams all season. The players show a bit too much respect until it’s a bit too late. And if we’re looking to Big Sam, he’d be trying much the same thing. Maybe he’d play a 4-4-2. That’s about the only difference. Davis and Samatta are isolated with Jack and Ghazi/Trez dropping back to defend, and it might well be that 4-4-2 would make a difference.

The issue is that Villa have got who they’ve got. We’re not deep, and our starting XI has to play flawlessly, up to the top of their ability, to get wins. And I’m still thinking that Villa having played a game before Chelsea didn’t help. A big exertion coming out of the gates, minimal recovery given the long layoff.

And while Smith sticking with 4-3-3 is consistent with how we’ve lined up much of the season, I’ll say again that 4-4-2 might simply not be an option this early in the restart. I don’t think either Davis or Samatta have 90 effective minutes in them. You could play them and bring on Vassilev and Baston, but my guess is that’s not who Smith wants to see out there in the last 20-30 minutes. We’ve read that he told Davis and Ally they’d be splitting time.

Excuses? Maybe. Reasons? Maybe. It’s true that we’ve had moments where we’ve looked good, but most of the season, we’ve not.

If I’d have been planning this out, I would’ve gone for the win against Sheffield, which we did, but didn’t get, and I’d have conserved energy and played for a draw against Chelsea. Which is largely what we did, and didn’t get. The restart is hardly fair to teams like Villa. Which isn’t to say life is fair, or sport. But a gassed starting XI with little quality to fall back on…Not like we have Tammy on the bench and are starting Giroud. Or can bring on a Barkley.

Hourihane or Nakamba? Well, we know Hourihane can score, and can deliver a wicked set piece ball. If you’re trying to win, you’re probably thinking you want that potential out on the pitch.

So…Here we are. I don’t think Dean will be out if we lose or draw. I think he’s here to the end. Do I think he’s lost the players? No more than I think the players are questioning themselves and whether they have the necessary quality.

Anyway. That’s me. I may be too forgiving, too optimistic. Feel free to lambast me…I know many disagree.

Small changes from Dean for this evening. Looks as though Jack will tuck in behind the front three, and Samatta will get the start. You may disagree with the tactics, but Smith is playing as many attacking players as he can.