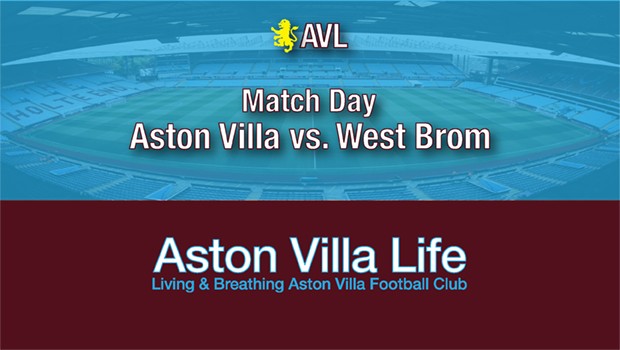 Something. Anything. Normally I’d be asking for three points, but based on what I’ve seen lately, I’d settle for a draw as the Baggies come calling at Villa Park.

But, perhaps there’ll be something in the air since it was the fateful stolen victory at the Hawthorns that seemed to have stalled Villa’s resurgence. Well, that and some key injuries. But however it all came to be, I don’t think any of us saw the run after following the run we’d been on before.

We’ve hashed it all out through the week following the Sheffield United fightback and Brentford loss. With Villa sitting in limb at 10th in the table, seven points off the playoffs with 14 games to go…well, today just about anything will do.

Far as the team goes, Anwar El Ghazi and Albert Adomah will make way for Ahmed Elmohamady and Andre Green. Neil Taylor has recovered from illness, but Kortney Hause will continue at left back for at least one more match. Grealish is apparently working on his conditioning, Carroll is looking to return to training, and Chester has had an injection.

So there we go. Albion, 10 points ahead of us (which really should be just six), are not going to make things easy. We were handling top-10 sides with ease. Today, whatever we get, it’s not going to be easy.

But we’re looking for some fight, grit and desire, and let the chips fall where they may.