Are Villa Contenders or Pretenders? 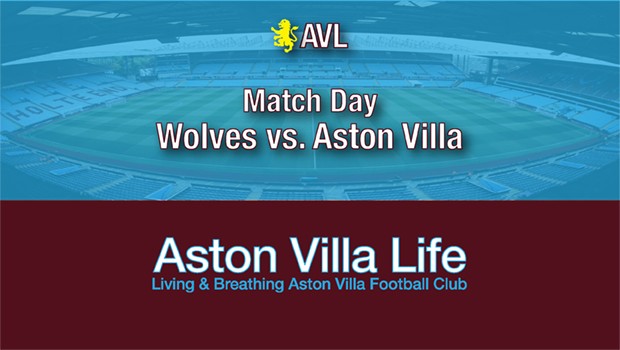 Now the season gets interesting, starting with this evening’s derby clash with Wolves. September’s favorable stretch of fixtures against teams in the bottom half of the table comes to an end, and all eyes will be on Steve Bruce’s men to see how they fare against tougher opponents now that there’s some confidence and continuity in the squad.

Everyone wants to know whether September showed us the real Villa going forward or if the next five games—all featuring sides currently in the top half of the table (bar Small Health)—will burst our bubble.

Tonight’s game should give us some answers. A win could see Villa climb firmly into the top six, depending on other results, and would certainly have the side believing a real challenge for automatic promotion is on the cards. A loss? Well, it depends on what kind of loss.

On paper, Villa have done well for themselves of late, climbing to seventh on 19 points. Wolves have accumulated 23 to sit second. They’re one better on goal differential, have scored two more, and have seven wins versus Villa’s five.

Beyond the obvious importance of the match, the other talking point heading into this evening is whether Bruce learned from his mistakes following the last international break. One assumes he’ll have taken the measure of his squad, and not be putting players out there who are tired and jaded. On the other hand, he’ll be sorely tempted to stick with the side that’s gotten him four on the trot.

Given reports that Villa’s fitness levels are far better than last season’s, running “miles more” in matches according to Bruce, one hopes that we can cope putting out our best side, and that Bruce is astute in making substitutions if he sees any drop-offs in energy.

There were no injuries during the break, thank god, so at least everyone is in the frame. Jedinak is still struggling for fitness, Lansbury’s training but not ready, so one would expect Glenn Whelan, “fresh” off Ireland’s 1-0 win against Wales, to be trying to do his thing in front of the back four. This makes me nervous. But maybe Onomah will be out there from the start. This would also make me a little nervous, given his up-and-down form. But perhaps he’s better not coming off the bench. He certainly is younger, stronger and generally more dynamic than Whelan, but you’re trading Whelan’s tenacity and reading of the game. Which might not matter much if Whelan simply can’t keep up.

Then of course we’re all waiting to see who deputizes for suspended Neil Taylor at left back. This is a tricky one. Albert Adomah, assuming he’s good to go, has been running his socks off and providing all the forward impetus (and goals) you could ask for. Villa will want someone behind him to keep things tight, especially if Wolves stick with three at the back.

At any rate, what could be a pretty straightforward derby is in reality a potentially season-defining six-pointer with a lot more than pride on the line. It could be a springboard to a memorable campaign. It could be an encouraging and tactically astute stalemate. It could be a morale buster.

Given that all that, we’ll soon see how Bruce is looking at the match. Does he stick with the 4-4-2, or does he put five in midfield on the road? Really, it comes down to whether Whelan, presumably, and Villa’s back four do enough to allow us to ask more questions of Wolves up front.

There’s no question that, even though Kodjia’s been rusty (and a bit selfish) upon his return, he’s also been finding his feet and producing the Benteke Effect. He and Davis give defenses something to think about, and his presence pulls defenders around and creates openings for others. Would be nice to see Villa setting up for a win. But one also understands that it would be much better to come away with a point on the road than a demoralizing defeat.

In a game like this, I’d generally say it has draw written all over it. But I’ve got a nagging feeling one side is going to claim all three points however Bruce sets Villa up.

We’ll soon find out. Over to you.