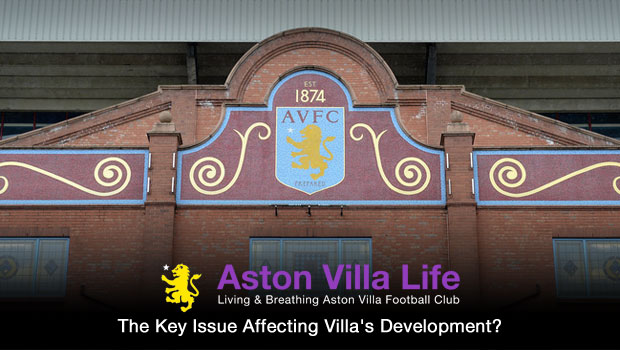 One of the many hallmarks of Paul Lambert’s reign as Aston Villa manager appears to be the flexibility of players deployed in the team. We’ve seen new signing Leando Bacuna play in both midfield and defence, Yacouba Sylla play both defensive and attacking midfield roles, both Andreas Weimann and Gabriel Agbonlahor played wide, and many other variations.

In some senses, positional flexibility is a good thing – after all, the Dutch pioneered total football which relied heavily on such adaptability. The question Villa fans must surely be asking, however, is if the current crop are capable of such fluidity.

Now don’t get me wrong, I’m a massive fan of having players who can play multiple roles, but I also see the value in specialisation – as the old saying goes, many jack of all trades are masters of none.

In addition, Bacuna spoke out when he first joined of his desire to occupy one role as he had spent time all over the pitch at Gronigen. I’m not sure he was leveraging such requests as criticism per se, but I can see where he is coming from – as a young player, your focus should be on becoming the best you can in one area.

If you don’t, you end up spread too thinly across too many roles, leaving the basics underdeveloped, and sometimes leaving a team lacking intuition with holes in their decision making – ask a team to operate too fluidly, and often players end up chasing around in bunches, leaving gaps that are exploitable.

I get the feeling, and this is just my opinion, that Lambert is getting a little ahead of his current situation. As people know on here, I supported the appointment of Lambert when he came to the club as the best man who I thought the board would pick given their criteria. To that end, I’m not railing against him or calling him to be sacked.

However, I do acknowledge that there are many things that can be improved. Some of these things are factors of time – such as the ability for players to grow as individuals and as a team – but some are able to be enacted now, and when they aren’t, I’m puzzled.

In fact, I’m puzzled it has took so long for us to start playing it out from the back. Yes, I know there there are less risks if you can get the ball 70 yards up the pitch and it sticks to Christian Benteke’s feet but, as would be expected for any mortal, it doesn’t always come off – Benteke may be great, but he isn’t infallible.

What this often leads to in the eyes of fan is some incongruity. Who is the manager to say we are a passing team if 90% of shots from the keeper are long balls? Sure, long passes are still passes, but often what is being described doesn’t follow what is being seen.

Getting back to flexibility, I think there are a few people who are suffering from this expectation – Weimann and Agbonlahor. In my opinion, both are playing roles that they are not naturally used to. Whilst they aren’t being used as wingers per se, they are still operating wide and, realistically, you get the feeling playing one up front with Benteke might make more sense.

Instead, we see both Weimann and Agbonlahor struggling in their own ways. Gabby is having a goal drought – partly because of the role he is expected to play – and Andi seems out of form. The problem for Villa is that they don’t have many options to replace them.

Perhaps the only real suitable options out wide are Marc Albrighton and Alexsandr Tonev. Both are closer to wingers than either Weimann or Agbonlahor, and Tonev has been a key subsitute in terms of being able to adapt the formation. Albrighton, on the other hand, looks to be on the fringes, and a loan to Wigan Athletic seems like his very own last chance saloon.

This just leaves Tonev as the one players who can operate wide in the team. His introduction in games has led the team to be able to play wider more effectively, but it doesn’t disguise the fact that it still leaves at least one player operating wide who is out of position.

How do Villa solve this? Perhaps they should buy more natural wider players? Or even wingers? I would certainly vouch for the first option, and having natural width further up the pitch might allow the likes of Antonio Luna and Matthew Lowton to focus on defence more effectively.

However, the plan at present does seem to be using the full backs for width, though this often leaves Villa exposed, counting strongly toward the club’s past struggles with clean sheets.

The trouble here is that bringing the defence into a less attacking mode has an impact on the team, and starting to spray the ball around over short distances, at speed, might be beyond the current iteration of Villa’s squad.

Which isn’t to say that Villa’s squad is bad, but rather they are an evolving concept. What bothers me most is that the fluidity and flexibility expected may be beyond the current potential of several players, leaving me to think that maybe, just maybe, Villa would be better off focusing on getting the basics right first, if only to offer a little more stability.

But what do you think?