A Chance To Kick Off And Finally Grab Some Points? 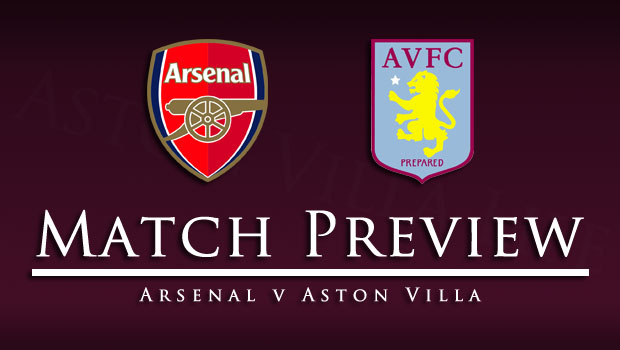 The waiting is over, and Aston Villa take a trip to North London in order to face Arsenal on the opening day of the season. Much has been said about the players Villa have bought (and the ones they haven’t), but it will be a case of making do with what we have as nothing can be done before this afternoon. Will it be enough? We’ll find out soon.

As a team, Villa have a good record at the Emirates, with only Chelsea doing better at Arsenal’s home ground. For me, a draw will be a solid enough prize for the visitors, but it will take an attacking mentality to be successful – fan won’t expect any Alex McLeish-style grinding out of a result under Paul Lambert, so if Villa go one up, don’t be surprised if they take that as the trigger to push even harder forward.

Arsenal have lost only one of their last nine Barclays Premier League meetings with Aston Villa (W5 D3).

Villa have won just two of their last 19 trips to London to face Arsenal, but both of these have come since the Gunners moved to the Emirates Stadium.

Indeed only Chelsea (three) have won more away Premier League games at the Emirates than Aston Villa (two). Villa have won just one point from their last seven Premier League away trips to London.

Arsenal have not lost any of their last 12 opening Premier League games (W8 D4), though they have drawn their last three.

Villa have played their opening fixture away from Villa Park 12 times in the Premier League era and have only won once (1-0 at Newcastle in 1999), drawing seven and losing four.

Arsenal finished last season with a 10-game unbeaten run (W8 D2) and lost just one of their last 16 fixtures to secure a top-four berth yet again.

The Emirates Stadium saw more goals than any other stadium in the Premier League last season (70).