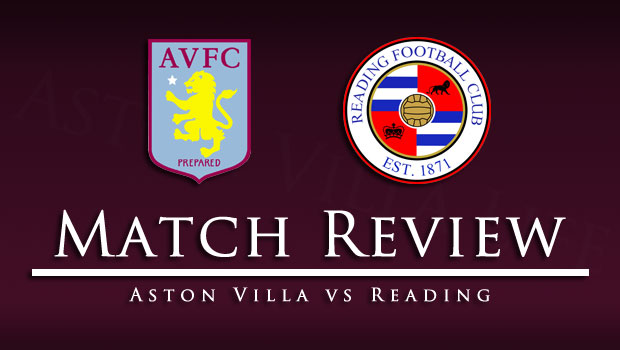 Christian Benteke finally converted a set piece for Villa, powering in a header off a corner in the 80th minute to send Paul Lambert running from the dugout in ecstasy.

It was a sloppy first half dominated by nerves, which was perhaps to be expected given the overall lack of experience on the pitch for Villa. Lambert showed a lot of faith in his younger players for such a big game, leaving Stephen Ireland and Karim El Ahmadi on the bench. And Darren Bent nowhere near it.

The biggest highlights of the half were Christian Benteke and Andreas Weimann squandering very clean looks in on goal they’d like to have had back. And we had another fullback injury with Enda Stevens taking a knock and having to be replaced by Eric Lichaj around the 23-minute mark.

The second half remained tight and nervy. Clark almost headed home Villa’s first set-piece goal of the season, but flashed it wide of the far post. Ireland and Albrighton were brought on for Holman and Weimann, and down the stretch Villa seemed to have the momentum and initiative.  Ireland’s quality was apparent. And finally the breakthrough came.

It was never a thing of beauty, but it didn’t need to be. As long as Villa won.

Whew. Over to you.