Will Lambert’s Lions Roar, Or Will Aston Villa Be Left With A Case Of The Blues? 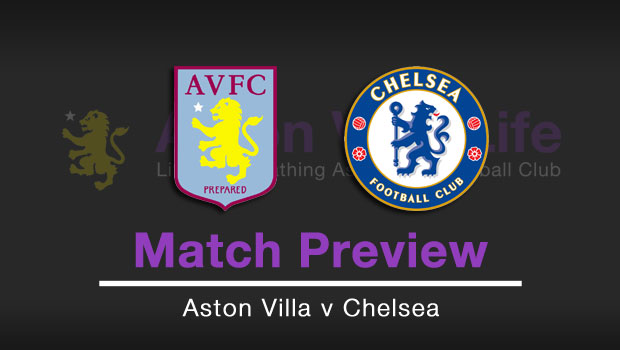 Data supplied by the EA SPORTS Player Performance Index. Select and manage your own team of stars at http://fantasy.premierleague.com/ or with FIFA Ultimate Team for FIFA 14.

An impressive first half display, the particular highlight being a superb volley from Christian Benteke, saw Aston Villa see off Norwich 4-1 and ease their relegation fears ahead of a tough test against Chelsea this weekend.

Given Chelsea’s ability to starve their opposition of possession for large parts of the game, Villa’s use of the ball in important areas will be vital to their chances of success this weekend. Ashley Westwood remains one of their standout performers in this area in this campaign, racking up a squad-best 585 passes in the opponent’s half so they will likely look to him to help launch their attacks.

For all of the physical qualities of Christian Benteke, fellow frontman Andreas Weimann is crucial to this Villa side, his movement often causing all kinds of problems. He leads the Villa squad this term for total attempts on goal with 35 to his name. Weimann is an industry best 5/1 with 888sport.com to score at any time this weekend.

Karim El Ahmadi will need to be mindful of his defensive technique should he face Chelsea this weekend. No Villa player has given away more fouls this season than the Moroccan, with 42 racked up to date according to the EA SPORTS Player Performance Index.

The entire Villa defence will have a mammoth task on their hands this weekend to keep a talented Blues frontline quiet. Ciaran Clark will be a focal point of that defensive effort given that he leads the Villa squad to date for defensive contributions (blocks, clearances, interceptions, tackles won) with 249.

A clinical hattrick from Andre Schurrle in the space of just 15 minutes saw Chelsea beat Fulham 1-3 to maintain their position at the summit of the Premier League table.

The transformation of Eden Hazard under the tutelage of Jose Mourinho has been nothing short of remarkable this term. The talented Belgian has gone from being an exciting prospect into one of the most consistent performers in the league. To date he has compiled a quite incredible 107 dribbles, the highest total in the league by 41 this season according to the EA SPORTS Player Performance Index.

Although he is now 33, John Terry continues to defy the critics who say his game is no longer what it once was. His impeccable defensive statistics have remained in place this season following his return to regular first team action, the centre-half compiling the joint best tackle success rate in the Chelsea squad, winning 80% of his 30 challenges to date.

Another revitalised Blues stalwart, Frank Lampard, has been similarly impressive this season following the return of Mourinho to Stamford Bridge. Only Eden Hazard (43) has had more shots on goal than Lampard this term, (40), an impressive return from the veteran midfielder. Lampard is 7/3 with 888sport.com to score at any time this weekend.

Such has been Cezar Azpilicueta’s form this season that his manager has felt compelled to leave Ashley Cole out of the team. The young Spaniard has continued to repay his manager’s faith, becoming only the second Chelsea player to surpasss 100 tackles attempted this term (100)(Ramires – 131).