Previews of Aston Villa matches, both competitive and non-competitive

Since the festive fixtures didn’t deliver the breathing room we would’ve wanted, and Watford’s resurgence under Nigel Pearson has not been helpful, we’re really right up against it. But with a win tonight, we’ll have done ourselves a huge favor.

Massive game for us, Brighton, too, really. Have the side galvanized themselves after watching City take them apart? Are they ready to fight? All soon to be answered. And to say I’ll be on the edge of my seat would be an understatement. All I can say is Come on You Villa Boys. Just win. 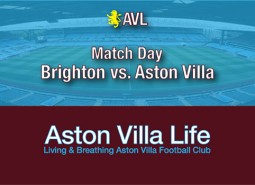 Having announced the team sheet for today’s encounter, Smith is sticking with the 3-4-3 that’s seen us beat Burnley and contain Leicester. Though results were generally favorable yesterday, Watford’s resurgence continued earlier today, and their 3-0 victory over Bournemouth sees Villa come into the match having dropped to 18th, one point behind. Which is to say, the draw that no pundit is predicting would be a very nice point to pick up. 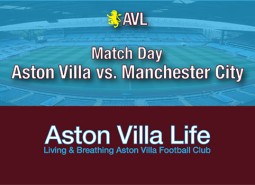 The Foxes have torn us apart once already, and now we get two extra rounds with them. With points to play for at the weekend, I hate to see such a challenging cup-tie midweek. Be nice if it were Everton, for example. Or Bolton. But it is what it is.

To be honest, I’ve not given this one any thought as I’m still coming to terms with Saturday. But, it’s a cup tie, and whether or not we can afford to continue on with stronger squads, I’ve no idea. But I suppose you try to win every game you play.