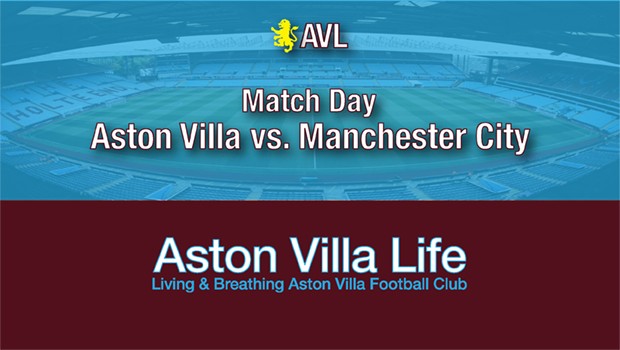 Today, Villa welcome the reigning, and currently also-ran Premier League champions, having drawn midweek with Leicester at the King Power in the first leg of the Carabao Cup semifinal. With City on the other side of the bracket, today could well be a preview of the final, providing Villa can do the job at home in the second leg.

But that’s all secondary to points and survival. Nevertheless, what we saw Wednesday could possibly offer some hope in that regard. Having announced the team sheet for today’s encounter, Smith is sticking with the 3-4-3 that’s seen us beat Burnley and contain Leicester. Though results were generally favorable yesterday, Watford’s resurgence continued earlier today, and their 3-0 victory over Bournemouth sees Villa come into the match having dropped to 18th, one point behind.

Which is to say, the draw that no pundit is predicting would be a very nice point to pick up. Then of course the run of fixtures against Brighton, Watford, and Bournemouth could end up being pivotal.

While I don’t necessarily expect points today, I would like to see another solid, and confidence-building performance. Danny Drinkwater will make his debut alongside Luiz. One hopes he’s up to it and that his experience will add something.

But it’s all about keeping our shape again, pushing danger away, and trying to make the counter work. Don’t expect to see us camped out in their half, but we can always hope the players are learning and that we’ll make some better decisions today to help take the inevitable pressure off and not gift City anything. I’d also like to see some attacking moves that end up with shots, good or bad, that help end phases of play, allow us to reset, and perhaps yield some corners. We’re just about due something from a set piece.

The interesting bits in Dean’s selections today are that Elmo will step in for Guilbert, which would seem to be tactical since Guilbert is on the bench, but could be down to his exertions in the cup tie, and Conor Hourihane stepping in for Trezeguet. Conor’s going to need to put in a shift, but if he keeps things simple and helps us move the ball a bit better, that could help, and maybe he’ll even display his knack for popping up with a goal when we need one after being on the bench.

Anyway. Tall order, and we’ll see what the lads have in a few minutes.