Are Aston Villa out of their depth?

Thus far, the summer has been a reasonably uneventful one at Aston Villa when you consider the foregone conclusion that Ashley Young would leave the club along with the likely and eventual departure of Stewart Downing.

Former first-team stars such as Brad Friedel, Nigel Reo-Coker, and John Carew also made their final visits to Villa Park, with most Villa fans expecting signings galore to revitalise an already under-strength squad. However, other than the more than capable replacement of veteran keeper Friedel in Given, up until last week no further signings had been made.

The transfer of Wigan winger Charles N’Zogbia was finally concluded after Dave Whelan’s desperate attempts to start a bidding war proved unfruitful and the Frenchman signed for £9.5m. Despite this great signing Villa have failed to improve upon their weakest area last season by bolstering the back line.

Trouble at the Back

Rumours that Carlos Cuellar would be allowed to leave to join Rangers seemed nonsensical and the club are now believed to be looking to sell before they buy, with the wage bill remaining a real concern. However, looking at the depleted numbers in defence in particular, especially when it comes to experience, it seems evident that the club need to add and not replace ahead of the new season.

Villa ended the season in a somewhat fortunate 9th position and conceded 59 goals in the process, one more than McLeish’s relegated Birmingham. The only three sides to concede more shots per game last season than Villa’s 16 were the relegated trio of Blackpool, West Ham, and City.

With Cuellar still sidelined, Villa are likely to begin the season with just three centre-backs with any sort of Premier League experience,  21-year-old Ciaran Clark being one of them. If Dunne or Collins were to get injured, the next most senior centre-half would be 20-year-old Nathan Baker, which tells a story.

At fullback the squad is no stronger in depth, with the aforementioned Baker and Eric Lichaj playing second fiddle to senior members Luke Young and Stephen Warnock.

When you consider the departure of Reo-Coker and the diminishing legs of Stiliyan Petrov have weakened the shield for this defence, Shay Given may need to make up for all the time he spent on the bench at City and then some next term.

When Cuellar returns to fitness his inclusion in the squad may prove vital due to his ability to fill in at right back when needed, making the links away from the club all the more bizarre. The Spaniard made more tackles and interceptions than either Dunne or Collins last year, as well as finishing the season with a better aerial success rate.

My main cause for concern would be a lack of natural cover at fullback and if money isn’t available, then loan options may need to be explored following the success of Kyle Walker last term.

Villa already missed a trick in failing to compete for Kyle Naughton, Walker’s Spurs teammate, in my opinion, who joined Norwich for the season. An obvious option that stands out to me, and is available, would be Nedum Onuoha. The young defender came play across the back four and did so to great effect at Sunderland last term.

I would not want to discredit the youngsters at the club and say they are not worth playing, but when injury strikes all at once, as it did last season, it is unfair to bundle them all into the same side and expect them to dominate.

All in all, I am happy with the strength of the starting XI for the most part, but the lack of depth will inevitably prove a real issue for Villa if faces cannot be added rather than replaced. 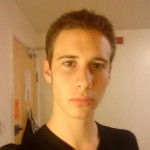 Martin Laurence is a young, aspiring sports writer and a lifelong Villan.